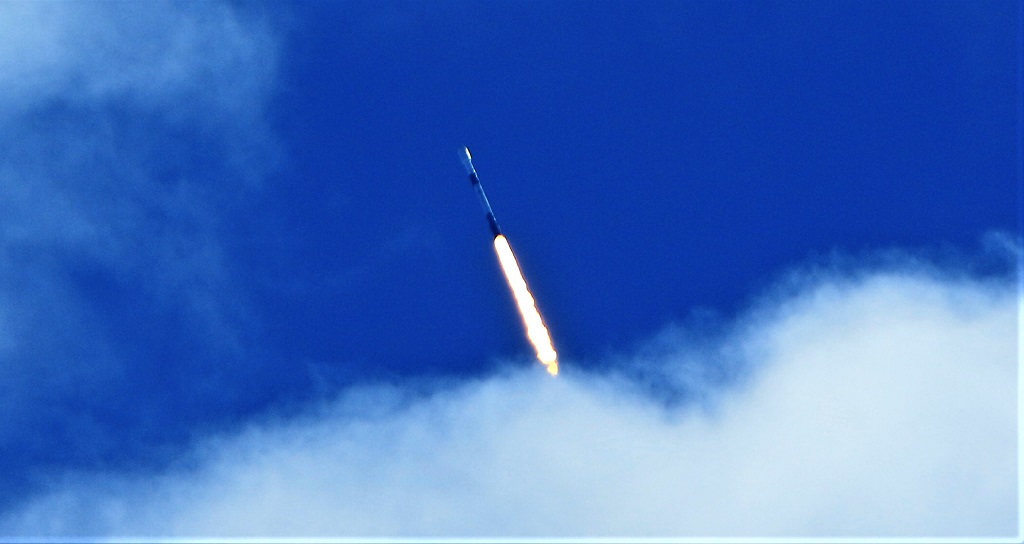 The company has pursued an aggressive lobbying strategy, pursuing meetings with federal officials last year about licensing conditions — and for two years up to that point.

send a tip in confidence

“Have I not met with them multiple times already?”

SpaceX received widespread media attention for its interest in Canada last year, having applied for a foreign operating license. This story illustrates how involved and interested SpaceX has been in Canada: pestering Innovation Canada and the Privy Council for meetings to get going in the country, having already been in regular communications with federal officials for two years.

Elon Musk’s Starlink broadband satellite project has been generating a lot of attention in light of public frustration with Canada’s existing internet service providers. And it would appear the company has answered the call to deliver internet service to Canadians after applying for licenses in 2020.

But behind closed doors, the California-based company had been aggressively badgering Innovation, Science and Economic Development for two years on conditions to provide service to Canadians, according to emails and briefing notes obtained by the downUP. During this time, ISED and the Office of the Privy Council, which supports the Prime Minister and his Cabinet, were involved in meetings with the space giant and has been “providing guidance” to the multi-billion dollar company.

SpaceX has had its eyes set on Canada long before it applied for a license to operate in Canada in 2020, which is something it has made clear in public submissions to Innovation Canada on what to do about spectrum for satellites.

But the nature of its aggressiveness can be revealed here: it has been in regular meetings with ISED, the federal ministry managing broadband, for two years leading up to it obtaining its foreign operating licenses. In fact, ISED assistant deputy minister Paul Halucha wondered what the utility was with the number of meetings SpaceX has been requesting.

“Have I not met with them multiple times already?” Halucha said in a September 2020 email chain, after the company had requested another meeting for status update on licence approval and work with Indigenous communities.

Last year, the company filed for a Basic International Telecommunications Service (BITS) licence from the CRTC. The granted licence allows a foreign company to move internet traffic over borders. The application ignited a firestorm of attention, with the telecom regulator receiving over 2,000 submissions in response to the application.

The company had shared a concern with other satellite operators about ISED’s earth station licensing and fee regime, as costs based on traffic carried can be a barrier to deployment, it said. There are annual licence fees for gateway terminals, which intercept the satellite signal and transmit data to a local area network, and user terminals, those dishes that have to be placed on homes.

ISED has responded by temporarily providing a single licence for multiple user terminals.

Starlink is currently undergoing beta testing in Canada for its satellite internet capabilities, which is reporting download speeds of between 50 Mbps — which is the federal base objective speed for all of Canada by 2030 — and 150 Mbps.

Beta testers of the Starlink service — whose equipment costs $649 and monthly service starts at $129 with no data caps or contracts — have poured praise on it, suggesting it has provided reliable service where existing service providers have allegedly failed.

The company’s use of low-earth orbit satellites, where the constellation hovers much closer to earth (1,000 kilometres above the ground) compared to medium-earth (around 8,000 km, give or take) and more common geostationary (36,000 km) satellites means, theoretically and technically, they should provide faster speeds and more consistent quality of service.

But LEOs are still, relatively, an experimental technology. It’s what Canada’s best-known satellite company, Telesat, is banking on, with a gradual infusion of $600 million from the federal government for satellite capacity over 10 years from its own constellation of 300 low-flying satellites.

Telesat, which is expected to begin service in 2023, is attempting to separate itself from Starlink and other LEO providers because of a unique satellite linking technology that allows fewer satellites to cover more ground, thus saving money. And unlike Starlink, it will provide capacity to internet service providers rather than service to customers directly.

The space race is crowded and expensive. Operating in Canada, Luxembourg-based SES has pitched its medium-earth orbit satellites as the better alternative to LEOs because, it claims, it is less expensive and the slight improvement in speed and latency — the time for devices to communicate with each other on the network — of an LEO constellation doesn’t justify the cost.

The satellite business is hard on the wallet, largely because coverage requires lots of expensive satellites. SpaceX says its constellation is economically viable at 1000 satellites. It has over 1,400 of the LEO variety in the stratosphere, with more launching.

The launching part is the understatement: the company aims to spend roughly $10 billion to expand its fleet to 12,000 LEO satellites — with a potential overall expansion to 42,000 — by 2027. It launches 60 at a time and it produces them in-house at a global-leading rate of about six per day.

Considering those goals and the federal government’s objective to provide all Canadians with access to speeds of at least 50 Mbps download and 10 Mbps upload, the stars start to align. Less than half of rural households have access to those speeds, according to CRTC data.

The snag for SpaceX is how it will manage that enormous constellation while keeping within the rules of Canadian space management. That includes how the company will address the end-of-life of the machines and how it will avoid space debris and collisions.

Federal officials, according to a September briefing note, also wanted to know how quickly Starlink could be deployed in rural and northern communities in Canada, how much satellite capacity could be made available over Canada, what challenges could look like, and whether the company plans to partner with Canadian firms to bring said service to the country.

How much of the market share Starlink can take in Canada could quickly look like a zero-sum doomsday scenario for others in the Canadian satellite broadband space. There have been several recent bankruptcies globally, including the U.S.’s Intelsat, Australia’s Speedcast, and the United Kingdom’s OneWeb, which was last month handed life support when the French satellite operator Eutelsat purchased 24 per cent of its shares.

At a November convening of the House of Commons industry committee, SpaceX spokeswoman Patricia Cooper recalled Musk saying that the goal of the LEO business is simply, “don’t go bankrupt.”

But money is where Starlink starts to separate itself from its Canadian counterparts. Canadian officials noted as much: “SpaceX has benefitted from significant contracts from the U.S. government,” a briefing note said, adding “SpaceX is deploying at a faster pace than either of its closest competitors [OneWeb and Telesat].”

The note came before the American company was awarded approximately $900 million from the Federal Communications Commission’s Rural Digital Opportunity Fund in December 2020.

It’s a toss-up what happens with Canadian satellite space, where foreign licensees must coordinate the use of their spectrum with their Canadian competitors.

Telesat CEO Dan Goldberg told Parliamentarians at that same committee meeting that there is space for multiple competitors in Canada and that he welcomes the challenge.

However, citing Amazon’s emerging Kuiper broadband project — which recently claimed to have a “breakthrough” dish antenna a third of the size of Starlink’s — Goldberg couldn’t hold back some concern.

“I’m worried about our ability to compete with Amazon when they come along,” Goldberg said.

“I’m worried about being able to compete with SpaceX.”