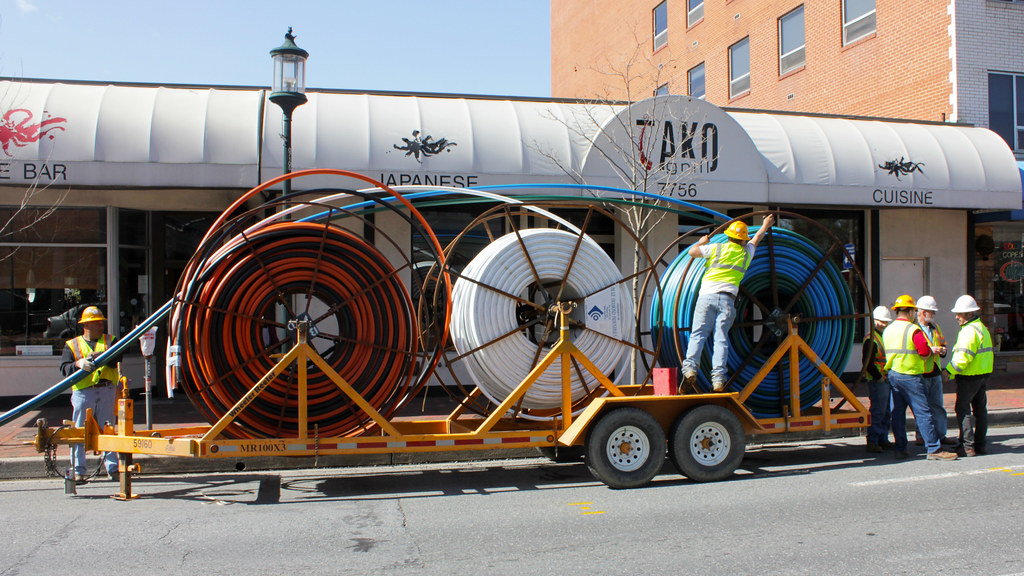 “There has been an increasing interest from the ISPs over, I would say, the last 12 months, and we’re working with a few of them right now.”

Frederic Bettez, managing director of investments at the CIB

An interview with Frederic Bettez, managing director of investments at the Canada Infrastructure Bank, who said the institution has seen a lot of interest in its loans for broadband builds over the past 12 months.

Over the past 12 months, the Canada Infrastructure Bank has seen a burgeoning interest for its loans from internet service providers who want to build in unserved or underserved parts of the country, according to its managing director of investments.

Before he joined in September 2019 in his current position, Frederic Bettez said ISPs had been hesitant to take-up loans from the bank because they were more familiar with government grants.

“Talking to the ISPs, convincing them to look at bigger projects and going deeper and further to try to connect Canadians, we’ve made headways with a few of them in working with us,” Bettez added.

Established in June 2017 as a federal crown corporation to finance large infrastructure projects, the bank partners with private investors and does not, say, merge its loan with a federal grant. So, the bank will first come to an agreement with the ISP on an interest-bearing loan, which the provider can then take and, if required, pitch the backing to the federal government for a subsidy from one of its broadband programs, such as the $2.75-billion Universal Broadband Fund.

Bettez said ISPs that have secured a loan from the bank can be viewed favourably by federal programs because the loan will reduce the amount the ISP requires from those programs, thus freeing up more money for other projects. In addition, loans have to be paid back with interest, so small ISPs may be financed-out of the bank loan option and may require those non-repayable grants.

“We’re trying to connect as many Canadians for the same fiscal cost to Canada, basically,” Bettez said. “So we try to keep the UBF pool fixed, but connect more Canadians with the same amount of UBF money.”

The bank has a stringent review process before coming to a loan agreement for broadband builds. It will look at project goals, such as how many people will be connected and whether it’s worth it; and it will look at the credit quality and the risk profile of the investment.

What that process leads to is how much of the project costs the bank is willing to cover. For UBF projects, that is up to 90 percent of the costs, confirmed Bettez. Bettez said there’s no rule for how much the bank will foot and it is under no direction or guidance from the government — it is how the bank views the project and the trustworthiness of the client.

Bettez could not name the ISPs that are working with the bank, but said they will be advertised on the bank website when agreements are finalized.

However, we do know from a briefing note prepared for the deputy minister of infrastructure, ahead of a meeting with Bell in late June, that the company was in the middle of negotiations with the bank for their applications to the UBF. According to the note, once Innovation Canada selects projects, the bank will do its own diligence in vetting them.

The briefing note mentions that the bank “recently adjusted its participation threshold in UBF projects from 50% to 90% of capital costs,” meaning the bank would put up money covering that percent of the project. Bettez could not specify what exact criteria would need to be met in order to secure what end of that scale.

A request to a Bell spokesperson for comment on negotiations with the bank, and how much the company might’ve secured, was not answered.

In August, the bank announced that it was plowing $164 million to connect 48,500 underserved households with fibre in an agreement with Valley Fiber for broadband builds in Manitoba. The bank is covering 50 per cent of the project costs, which will rope 2,657 kilometres of fibre to provide up-to gigabit speeds.

The bank also said it has approved $1.3 billion toward broadband projects in Ontario, targeting “better connectivity” for 200,000 households in underserved communities. Ontario is doing a series of reverse auctions for more than $4 billion in funds to connect the entire province by 2025. That endeavor has secured at least $600 million from the UBF.

“Ontario communities which will benefit from new broadband connectivity will be announced when investment agreements are finalized in the coming months,” a bank spokesperson said in an email.