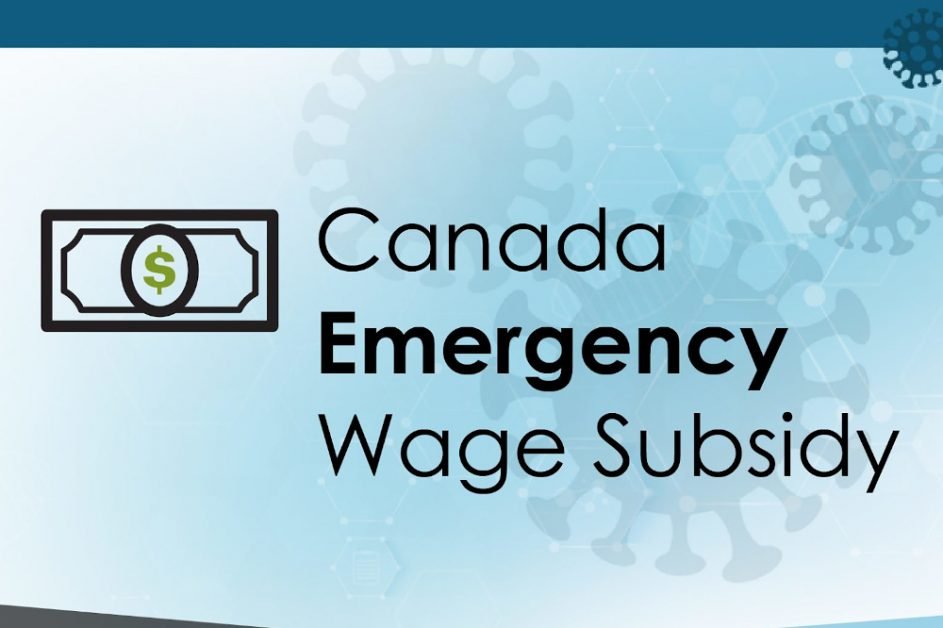 Update 2: This story has been updated on December 20 to reflect Rogers’ latest figures. As of November 30, Rogers has received an additional $21 million, raising its total to roughly $71 million.

Update 1: This story has been updated on December 11 to reflect Telus’ latest figures. As of November 30, Telus has received an additional $17 million, raising its total to roughly $30 million.

CEWS figures from Rogers and Telus haven’t before been identified.

The largest telecoms in the country did not disclose in their financial reporting how much they have received from the federal government’s emergency wage subsidy program. But thanks to provincial lobbying rules, we can report the haul of two of the big three telecoms.

The Canada Revenue Agency (CRA) paid out a combined $101 million to Rogers ($71 million) and Telus ($30 million) from the fund intended to keep employees on payroll as the pandemic continues to pummel the country, according to the lobby files.

Federal lobbying laws require registrants to disclose how much money they received from governments in the previous year — only asking whether it expects to receive money in the current year — while British Columbia and Alberta require the disclosure of government funding within the last 12 months, encapsulating the entire pandemic period.

The amount Rogers received, like most of the companies we cover here, reflects the hit its media properties have suffered from the suspension of sports, the company told the downUP when it confirmed the amount it received was from CEWS. Last month, the company’s media division announced a small number of layoffs across the country.

Rogers CEO Joe Natale said during a second-quarter conference call that, “The choices were to either furlough employees and have them go on individual subsidy, or to keep employees here, take advantage of that support mechanism, trying to figure out in anticipation of when the games might resume, and I think that trade-off worked out well for us because the games now are coming, and they’re all coming at once, fast and furiously, and having people on standby and ready versus having to call them back from furlough was an advantage to us as a whole.”

When an analyst asked how much the company received, CFO Tony Staffieri said the figure is “irrelevant” and that “the subsidy either would have been at the individual level or at the company level, and so, as I said, we’re not disclosing it.”

Bell’s media segment saw a revenue decline of 32.1 per cent in the second quarter and said it had received CEWS money that decreased its labour costs. It did not specify how much it received or what segment the money went to. Bell repeated that line when the downUP asked how much it was given from the program.

Bell CEO Mirko Bibic noted that, despite the hit, “we maintain Bell media’s margin stable year-over-year at approximately 30% due” partly to “amounts received under the federal government’s employment wage subsidy program as we met eligible criteria for parts of our media operation during the initial April/ May measurement period.”

Cogeco noted that the $5.8 million it received went to its hurting media properties, which includes a large slate of radio stations. In March, it laid off about 130 staff at its media entities. Broadcaster Corus secured about $35 million, with the money expected to decline over time, a spokesperson said. In July, Corus laid off a number of employees at Global News.

Earlier this year, Telus CEO Darren Entwistle pledged to donate three months worth of his salary for April, May and June to frontline workers battling the pandemic.

Those three months made up the critical second quarter, when the Covid impact would be most evident. In that quarter, Rogers saw a 17 per cent decline and a 53 per cent drop in revenue and net income, respectively, as its media properties, harmed by a suspension in sports, took a 50 per cent cut in revenue. Meanwhile, Telus saw a 3.6 per cent increase in revenue but a profit drop of 39 per cent compared to the same quarter last year.

For the third quarter, Telus saw revenues jump 7.7 per cent over the year but net income decline by 27 per cent, while Rogers’ media segment recovered for a one per cent revenue increase compared to the similar period last year and saw total revenue decline two per cent over the same period.

The Financial Post reported on Monday that a number of publicly traded companies have accepted CEWS money while increasing dividends to shareholders. Telus increased its dividend by seven per cent in the third quarter, but Rogers did not increase or decrease its pay-out.

The large telecoms likely benefitted from a rule change for the CEWS program. In the program’s earlier days, companies needed to meet a revenue decline threshold of 30 per cent in a single month to qualify. But when the federal government came this summer to extend the program until the end of the year, it eliminated that threshold and implemented a sliding scale that will see money decline until the end of the pandemic.

In an opinion column in the Globe and Mail this summer, Allan Lanthier, a former advisor to the CRA and the finance minister, said the fact that Rogers would theoretically be entitled to at least $25 million from the program showed the government’s faulty planning when it removed the 30 per cent revenue decline threshold to qualify.

“There is no mischief on the part of these companies: Management has a fiduciary responsibility to the company’s stakeholders – shareholders, employees and customers – to claim any amounts that are legally due,” he wrote.

“It is government policy that is out of whack,” that allowed such a “windfall” for large corporations, he said.

Last month, the government passed a bill that yet again extended the CEWS program until June 2021.

According to government statistics, as of late November, roughly 1.6 million applications for CEWS have been approved, valued at approximately $50 billion. The vast majority of applications were for less than $100,000 and only 390 went for more than $5 million.

And it’s not entirely consistent with the federal registry either: some companies that receive money from the feds will list it as an expected receivable; others don’t care to list it as such.

The Office of the Commissioner of Lobbying, in fact, put out a bulletin at the end of August requiring companies to list Covid-related information: “The name of the government entity providing the funding, the amount of funding received, if it was received in the most recently completed financial year, and a confirmation (yes or no) that funding is expected during the current financial year.”

These facts could impact whether or not other company figures will be seen. If done right, the country’s largest telephone company, Bell, will have to unmask the next time it files new lobby files this year in the aforementioned provinces or with the federal registrar next year.