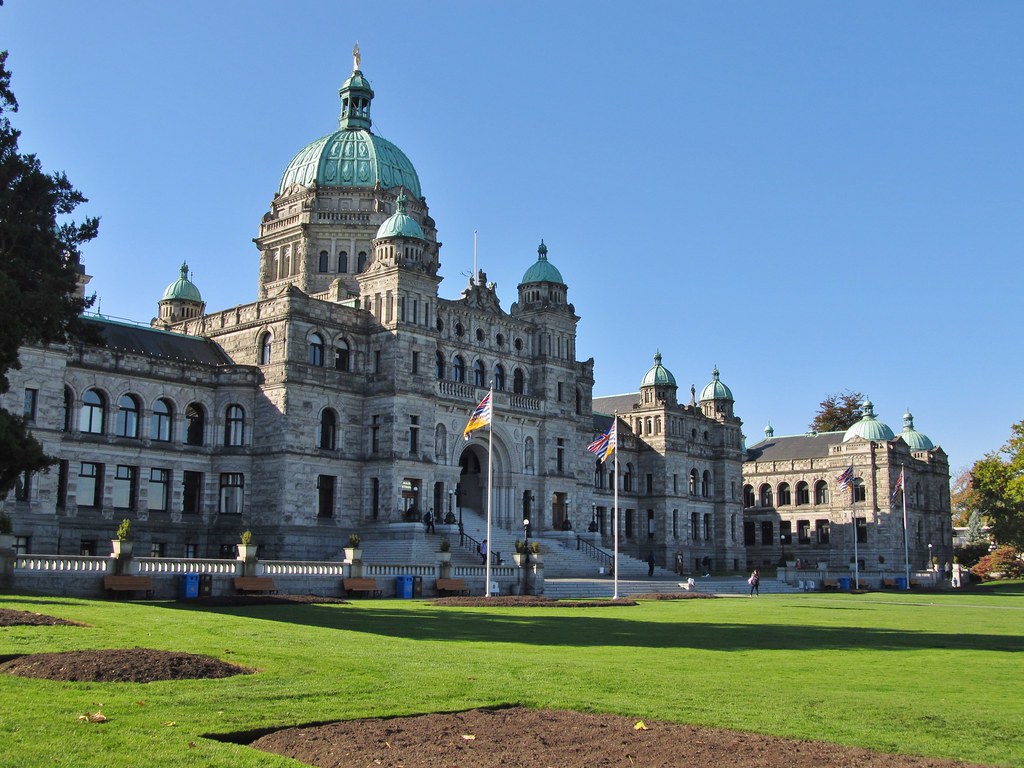 Regional districts have pointed to Ontario and Quebec as provinces that seem well ahead on cash and policy for access to poles.

British Columbia’s regional districts are concerned about the pace at which the province is moving on broadband matters, as it looks at Ontario and Quebec as having secured two critical pieces to broadband expansion: money and pole access policy.

British Columbia’s regional districts have pointed to Ontario and Quebec as provinces that have progressed on two crucial mechanisms for the province’s own broadband infrastructure needs: money and better support structure policy, according to an April note prepared for Citizens’ Services minister Lisa Beare.

Those regional districts, each of which consists of several municipalities and together cover nearly the entire province, have said its province has fallen behind the two largest when it comes to making policy for streamlined access to infrastructure and making money available to connect the province to high-speed internet.

“Compared to British Columbia, other provincial governments have recently committed substantial dollars and poised to leverage significant investments from the federal Universal Broadband Fund (Quebec); making strategic policy changes to reduce deployment time and cost barriers (Ontario), and negotiating contracts on behalf of rural areas (Nova Scotia),” said the note, which was obtained by the downUP.

The April 29 document, which was prepared ahead of a meeting with the local entities in May, came just days after the province’s most recent budget announced $40 million for high-speed broadband to rural, remote and indigenous communities, which the regional districts said falls short of what’s needed, the note said. The province’s Northern Development Initiative Trust administers the Connecting British Columbia program, which was injected recently with $90 million in economic recovery money to quickly connect regions to high-speed internet.

The province has, since 2017, invested $190 million toward connectivity.

When reached for for comment on the discussions and how the province responded to concerns, a spokesperson for B.C.’s Ministry of Citizens’ Services said late Friday that the province has made “important progress” in connecting British Columbians — including toward connecting over 500, including 87 indigenous, communities — and it is “monitoring and learning from connectivity initiatives from other Canadian jurisdictions as well as globally.”

The province also noted that it incents service providers to come forward by offering to cover up to 90 per cent of project costs. It expects some more projects to be announced from the UBF for B.C. in the new year.

A topic of discussion at a Columbia Basin connectivity committee meeting, according to the note, was how Quebec managed to secure $413 million from the federal Universal Broadband Fund for its Operation High-Speed, whose projects are expected to connect the entire province to high-speed internet by late 2022. The plan puts $826.3 million into the goal of connecting nearly 150,000 homes, with the cost evenly split with the province and the federal government’s UBF.

Quebec, this publication later reported, was the first province to engage the federal government on a basket of projects it had approved, which Innovation Canada greenlit for funding. Ontario followed a similar path and secured $600 million from the UBF for its own connectivity endeavors — universal high-speed connectivity by 2025 — in which it’s made $4 billion available in a reverse auction format (bidders apply for the least amount of subsidy needed for their projects). Alberta had by then already expressed interest in getting its “fair share” of the UBF, whose initial $1.75-billion purse was injected with an additional $1 billion in the most recent federal budget.

ISED told the downUP that it is open to working with other provinces on similar agreements.

Governments and the telecom regulator the CRTC have heard from service providers that a major hurdle for broadband expansion is access to electric utility poles, the wood structures that run along highways and that carry electrical lines for power but also telecommunications equipment and cables, such as fibre.

Because these poles are owned by the provincial utility or jointly-owned with the incumbent telephone company — Bell or Telus, depending on where — third-party telecoms have expressed frustrations trying to get timely and affordable access to them as the most feasible way to carry their equipment. The alternative, laying cable underground, is often economically unfeasible, especially in rural and remote parts of the country where populations are too sparse to get a return on investment.

The April note’s discussion of policy is in reference to Ontario’s Building Broadband Faster Act 2021, legislation that became law in April and that gives the infrastructure minister enhanced authority to direct utilities to make timely third-party access to the poles. Third-party telecoms have often complained about delays in the permitting process and are still trying to lobby to change the way pole replacement is handled, the cost of which is currently borne by the third-party if their equipment requires such a change to the structure.

Quebec itself has a “coordination” table, announced back in May 2020, to bring together the provincial government, telecoms and utilities companies to hammer out ways to improve access to structures.

The B.C. government is already under pressure from telecoms to make a policy that they say would improve access to poles in the province. Rogers, for example, has pleaded with the provincial government to allow ease of access to the jointly-owned poles of utility BC Hydro and Telus or else its investments in the province will be jeopardized. Shaw, another third-party pole attacher, has been fighting a BC Hydro proposal to charge for attaching telecom equipment on the electric wires that hang on the poles. (Rogers is in the midst of buying Shaw.)

The large telecoms have urged the federal government to consider giving the CRTC oversight over the country’s poles despite the obvious ownership tensions. The simple argument is that telecommunications is a federally-regulated industry. But in a confidential document, BC Hydro said it anticipates that if such oversight authority is given to the CRTC, it will trigger a constitutional challenge.

In rural B.C., about 40 per cent of communities have access to the federal standard speeds of 50 Mbps download and 10 Mbps upload.

The province’s big Connected Coast project, which was announced in early 2018 and hopes to submerge portions of 3,400 kilometres of fibre cable along the province’s coastline, has only begun the construction phase recently, with an expected completion date in early 2023.

On priority area that will continue to be talked about is adequate cell coverage along highways.

Elsewhere in the April note, the regional districts have suggested the province intervene in the market, either by leading negotiations for service contracts on behalf of rural regions or by owning the telecom infrastructure and allowing any telecom to use it — otherwise known as the “open access” model.

The districts have also expressed a need for a regionally focused connectivity strategy to recognize the different needs of each area, as well as funding for the development of those kinds of plans. Alternatively, the note said, the provincial government can do a regional infrastructure gap study to support local connectivity planning.