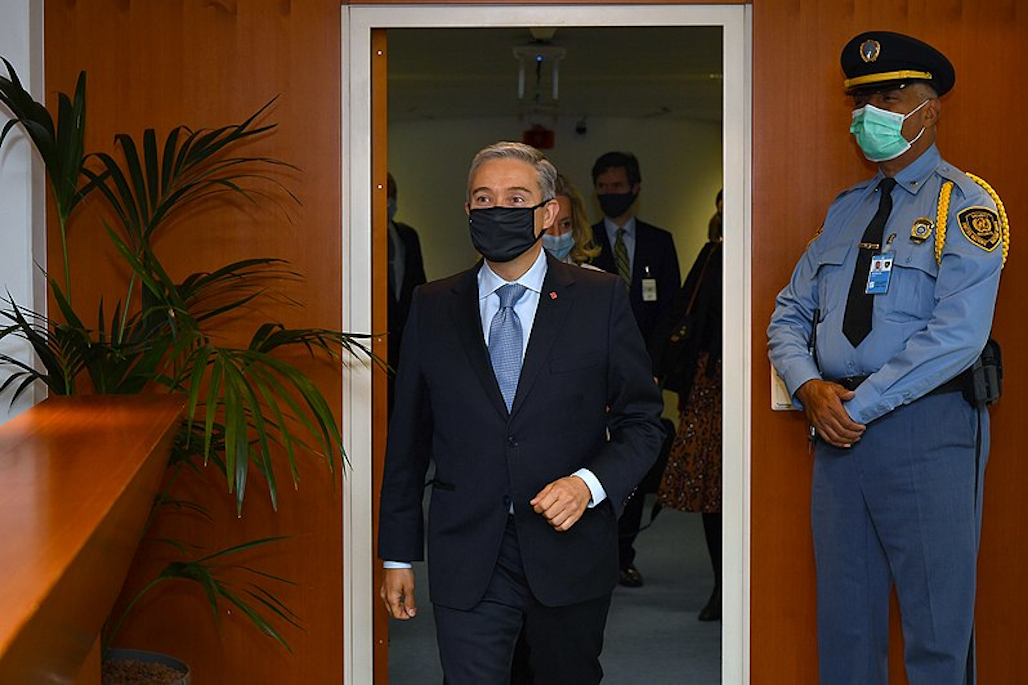 Before becoming innovation minister last month, François-Philippe Champagne was attentive to provinces’ — and telecoms’ — ask for a higher share of federal money for broadband deployment in rural and remote areas. The model is currently being worked into agreements on builds during the pandemic.

“It is important for us to provide the right enabling conditions to make sure that the private sector will invest in these areas. To encourage broadband investments in under-served rural and northern communities, the maximum federal cost-share for broadband projects with private sector for-profit partners has been increased from 25% to 50% for projects carried out in the province [Manitoba].”

This story adds additional insight into Champagne’s role in broadband incentives before becoming Innovation Minister by highlighting his approval to double federal contributions for projects involving private telecom in Manitoba.

During a February 2019 infrastructure meeting with an intergovernmental committee, then-Minister of Infrastructure François-Philippe Champagne said he would order a loosening of the rules for the Investing in Canada Infrastructure Program by doubling the amount the federal government will spend on broadband projects built by private telecoms in Manitoba, according to a letter to the Manitoba government.

That included an increase in the federal spending threshold from 25 per cent to 50 per cent of project costs in the province and to 75 per cent from 50 per cent for projects in Indigenous communities. It was part of Champagne’s effort to create “greater incentive for broadband investments.”

The context, outlined in the March 2019 letter obtained from a public records request, adds another detail about Champagne’s experience handling broadband issues — and perhaps his attentiveness to telecom concerns about the financial viability of rural builds.

For a long time now, Canada’s largest telecoms have said that it is economically unfriendly to build in rural and remote parts of the country because the telecoms would not be able to recover its build costs in sparsely populated areas.

“Broadband connectivity is vital to economic development and well-being in rural and remote areas, and it is important for us to provide the right enabling conditions to make sure that the private sector will invest in these areas,” the March 2019 letter to the Manitoba government said.

Northern Manitoba, which has a generally tough build environment, has been characterized by the federal government as the most connectivity-deprived part of the country.

“This increased cost-share has been available since that time [early 2019] and is being incorporated into an agreement amendment currently under negotiation between Canada and Manitoba,” an Infrastructure Canada spokesperson told the downUP.

In August 2020, Infrastructure Canada announced the Covid-19 Resilience stream, which would raise the federal cost-share of infrastructure projects — not necessarily just broadband builds — to 80 per cent of builds in provinces, municipalities and not-for-profit organizations and 100 per cent for Indigenous projects.

Much has been written about Champagne’s business pedigree when he assumed the role of head of Innovation, Science and Industry last month. According to a Canadian Press story in 2018, when he was infrastructure minister, Champagne said a single broadband project to a rural community would be a tough sell to private investors and that he was “looking at how different revenue models could entice private backers or help bundle several smaller projects into one large proposal.”

The federal government added $2 billion to the Infrastructure Bank‘s deposit in October for broadband projects to connect 750,000 homes and small businesses.

It’s too early to say what Champagne will do with the broadband portfolio. One issue that has sprung up is how the federal government will sync the different broadband programs, which includes the $1.75-billion Universal Broadband Fund, the Infrastructure Bank’s money, and the arms-length CRTC’s $750-million Broadband Fund.

Brian Masse, the Innovation Critic for the NDP, told the downUP that the cost-share should be 100 per cent. That can be done, he said, by using the spectrum auction proceeds that telecoms bid for to plow back into rural broadband.

“In the past 20 years the federal government has taken in almost $20 Billion dollars from spectrum auctions, with $3.4 billion in the last one alone,” referring to the 600 MHz auction in 2019. He noted that the government’s own estimate in the 2019 federal budget was that it would cost $6 billion to have all Canadians connect to high-speed broadband.

“The government’s broadband programs, completely underfunded according to their own cost estimates, fall far short of this and would take until at least 2030 to complete at the earliest.” The federal government has said it expects to provide access to universal target speeds of 50 Mbps download and 10 upload by 2030; it accelerated the timeline to connect 98 per cent of the country by 2026 when it announced the details of the Universal Broadband Fund in November.

Last year, the NDP put forth its own broadband plan which pledged to connect rural and remote communities within four years using $6 billion from spectrum auction proceeds. Masse has said broadband must be considered an essential utility.